Île-de-France Energies: A One-Stop-Shop for condominiums 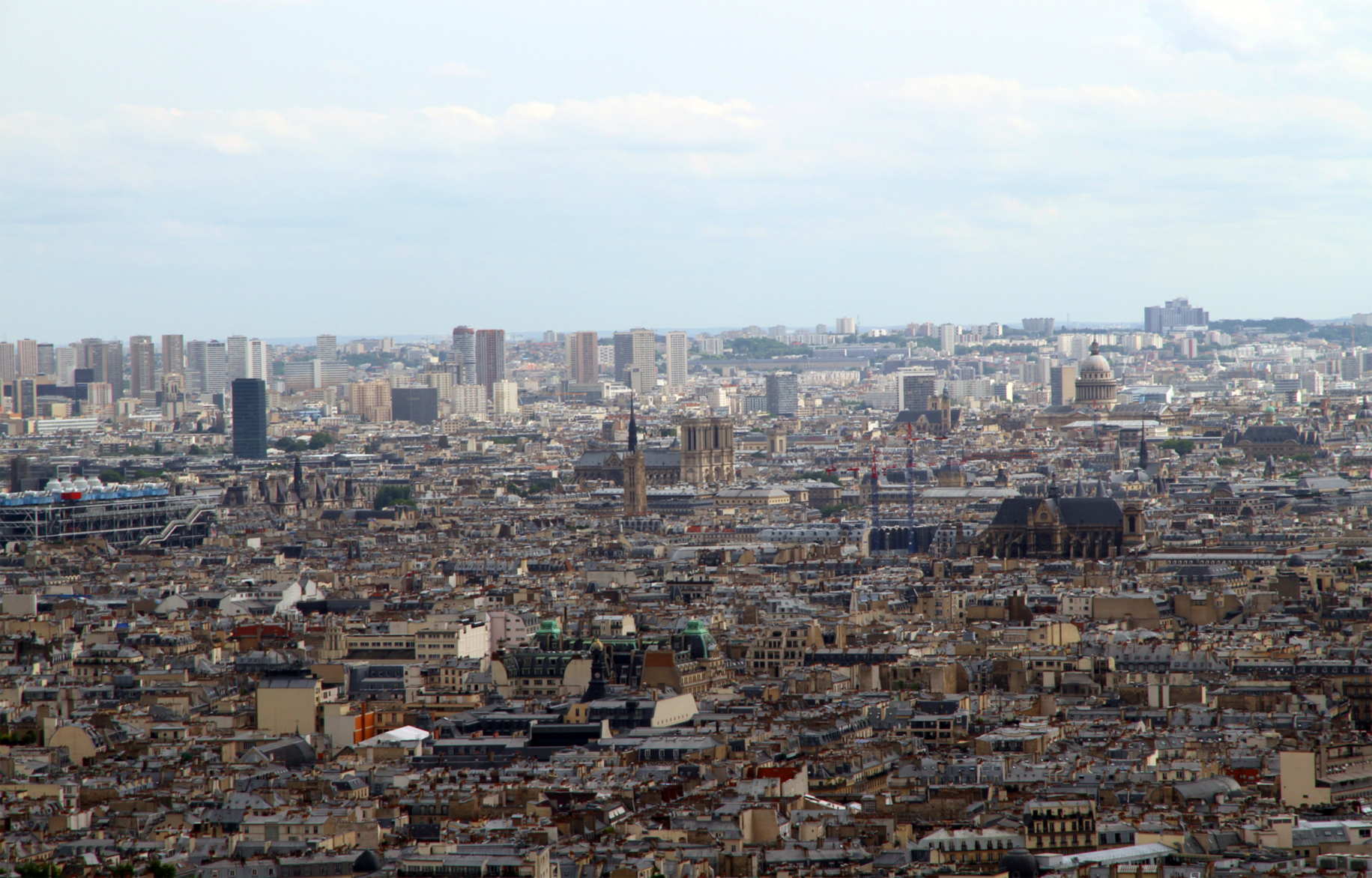 Île-de-France region includes Paris city and dense suburbs, rural areas and some other towns within a radius of 60 km around Paris. With 12 million inhabitants on 12 000 km2, it is one of the most densely populated regions in Europe. The Region counts 4.7 million homes, of which 72% are multi-family buildings. Some of these buildings belong to one company (generally social dwellings), but most of them are condominiums, i.e. they are owned by several households.

The same issues arise with the energy renovation of condominiums as with individual houses: high investments and major works carried out by non-professionals. In addition, in the condominium sector, the decision is not made by a single household, but by a group of households: 5, 50, or sometimes 500 households have to agree on a work programme that will require investments between 15 000 € and 50 000 €.
To address this sector and make deep energy renovations in condominiums possible, Île-de-France Region created Energies POSIT’IF in 2013. It became Île-de-France Energies in 2018.

To address this sector, Île-de-France Energies has developed an offer that combines all technical, social and financial solutions. It is based on 3 phases:

Different skills are required in these phases:

The financial plan not only shows the investment per apartment, but also compares a basic work programme needed anyway for the maintenance of the building to a deep renovation. Calculations also take subsidies into account and shows installment payments in case of a 15 or 20 year loan as well as “monthly expenses” when energy savings are deducted from this installment. The approach allows condominium owners to compare the impact on their monthly budget depending on whether a deep energy renovation is implemented or not. 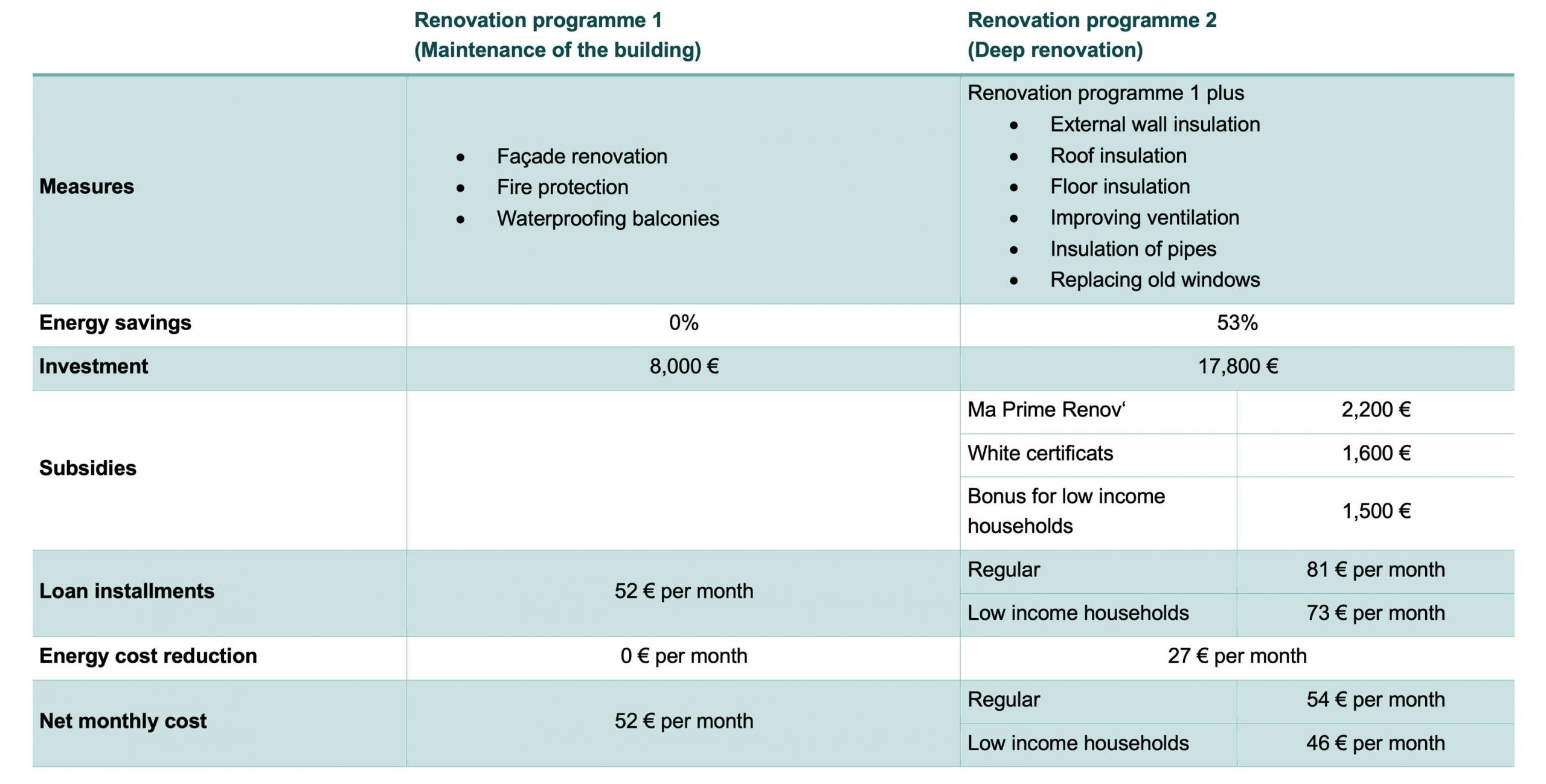 Naturally, the size of the energy cost reduction is dependent on energy prices. Thus, an increase in energy prices can make a deep renovation even more favourable.

113 condominiums with 16 550 apartments have requested pre-work studies from IdF Energies. Of these, 27 condominium with 3 740 apartments have implemented energy efficiency renovations or are in the process of doing so. 50 condominiums with 7 700 apartments are still in the phase of pre-work studies (assessment or design of the proposed measures). The condominium owners’ associations who decided to carry out energy renovations are saving 7 550 tons CO2 per year and 27 000 MWh of energy. The total investment amounts to 80 million €. On average, total energy consumption is reduced by 46% and greenhouse gas emissions decrease by 56%.